Daisy Maureen was born on August 6th and her family then moved to what she now considers her hometown of Pittsburgh, Pennsylvania.

Being a Leo, Daisy had always been destined to be in the spotlight. She frequently received Student of the Month awards, and made straight A’s in school. Growing up, she loved to read and create her own stories and plays. All through high school, Daisy excelled in Drama, Dance, Writing, Cheerleading, Community Service projects, Wrestling, etc., and despite her busy schedule, she also became Valedictorian of her Senior Class.

Daisy had big dreams of breaking into the entertainment industry from an early age. She credits her first performance as playing Rosa Parks during the Martin Luther King Jr. program at Fulton Elementary. During her senior year at Peabody High School, her English teacher, Mrs. Plowey, encouraged Daisy to try out for the spring musical. She then landed the lead role of Sarah Brown in the musical “Guys & Dolls”, which to this day remains one of her favorite roles!

Daisy's hard work and determination turned those dreams into a reality. She earned a full scholarship to the University of Pittsburgh to pursue a degree in Theater Arts and Film Studies. While at Pitt, she participated in many projects with the Theater Arts Department, including acting, stage managing, and directing. She also co-founded The Sprocket Guild, a student-run filmmaking organization, which encourages student participation at all levels – writing, producing, directing, marketing, and acting. During college, she also interned with The Talent Group, which allowed her the chance to learn the inner workings of a talent agency and a bit more of the business side of acting. Daisy was also involved with song-leading during the worship services at her church and other entertainment programs for the Greater Pittsburgh Church of Christ.

As a college freshman, Daisy booked her first national public service announcement (raising awareness on cervical cancer) and was upgraded to a principal speaking role. Upon graduation in 2002, Daisy began working a Videotape Librarian at a thriving production company, and was later promoted to Shoot Production Coordinator. This allowed her many opportunities to gain valuable experience and a better understanding on the behind-the-scenes preparation for film/TV productions.

In the summer of 2002, Daisy had the opportunity to travel with the Hope Youth Corps to Durban, South Africa; Kingston, Jamaica; Philadelphia, PA; and Washington, D.C.  This community service group taught children gang violence, literacy, and AIDS through theater performances.

In 2003, Daisy moved to Virginia Beach for a change of scenery. She worked at an advertising, marketing, and PR firm, and continued her acting work in TV/Film. She worked on local commercials, and TV spots for the Christian Broadcast Network and New Dominion Pictures, which produced re-enactment shows for the Discovery Channel.

Daisy moved to Atlanta, Georgia in 2005.  While in Atlanta, she worked on a TV pilot and several motion picture films and commercials, including ABC’s October Road, We Are Marshall, Stomp the Yard, One Missed Call, and Verizon Wireless. She also worked as the personal assistant to Tyler Perry at Tyler Perry Studios.

In 2007, she returned to the Virginia Beach area. She continued to work as an actress, including clients such as NASA, The Christian Broadcast Network, the US NAVY, Dollar Tree, VA Lottery, Haynes Furniture, Lockheed Martin, Victory Nissan, FilAm TV, and training videos/industrials for DuPont/Coastal Technologies.

She re-located to Southern California in the summer of 2012 to pursue more acting opportunities.She took part in a lot of casting director workshops in LA signed with an agency in Southern California.  She also booked the role of the host for Film InDiego, a video podcast that showcased the film projects going on in the San Diego area.

In the Spring of 2013, she returned to the East Coast and is continuing her film/TV work in several East Coast markets. She also travels nationally for various projects.  After moving to Pittsburgh in 2015, she has booked projects for the Pope's Catholic Charity phone app Missio, Penn State's World Campus, Progressive Insurance, Sam's Club, Visa Checkout, Huffy Bicycles, Giant Eagle, Cinemax's 'Banshee', Netflix's 'Mindhunter' and ABC's new TV pilot 'Downward Dog'.
Daisy is Talent for Pittsburgh's CW/KDKA CBS Pittsburgh and Host of the CW BUZZ and FAN N'ATION, a local sports fan culture show. Not only is she talented on stage and in front of the camera, but her exceptional creative and organizational skills has allowed her to work in various behind-the-scenes roles such as Producer, Shoot Production Coordinator, Talent Casting Assistant, Stage Manager, Director, Stand-in, and also as a past Personal Assistant to Tyler Perry.
Daisy also works as a Real Estate Agent with Keller Williams Realty. She is also the founder of Glam Life Getaways, which manages short-term vacation rentals, and Glam Life Events & Entertainment, an event planning and entertainment coordination company. When not on the clock, she is prominently involved in Pittsburgh's social scenes and philanthropic communities, serving on the Board of Women in Film and Media Pittsburgh, and volunteers for the PAFIA (PA Film Industry Association), Pittsburgh Film Office, Steeltown Entertainment, and other local organizations.

Daisy's appealing charisma, professional work ethic, and vibrant personality have all attributed to her success. Some may say she has accomplished quite a bit, but this is only the beginning!
Please contact Daisy on the CONTACT PAGE regarding appearances, projects or other inquiries.

A Day in the Life

MOST CURRENT NEWS ON HOME PAGE

Please check HOME PAGE for the most current news!

Be sure to tune in to see Daisy on the most current commercial spot for Air Conditioning Specialists. It will definitely make you laugh out loud!

Daisy was featured in a US NAVY PSA that will air on the stations for the United States Navy. She looks good in a uniform!

Daisy just wrapped a week of filmming at SYCUAN CASINO. Look for her in their upcoming series of commercials to air soon!

DAISY HAS RE-LOCATED TO SAN DIEGO

Daisy re-located to San Diego in July of 212! She is excited about the new opportunities to work in the film industry in southern California.

Look for Daisy in the Haynes Furniture and Paul's TV spots airing now! Shot on location at the Virginia Beach and Richmond stores.

VIRGINIA IS FOR LOVERS CAMPAIGN

Daisy will be featured in the upcoming campaign "Virginia is For Lovers". These were shot at the beautiful Veritas Winery in Afton, Virginia (near Charlottesville). Look for her in the "Virginia is for WINE Lovers" spots! 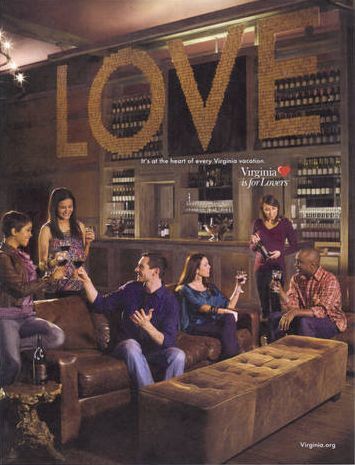 Daisy began taking an Acting for the Camera summer workshop with acting coach Mimi Eisman, founder of "Lights, Camera, Eisman". The intimate classes incorporate improv games and cold-readings for a challenging yet entertaining course in acting for the camera and auditioning techniques.

For more information on Mimi and acting classes or coaching, visit her website at www.mimisacting.com.

Daisy will be attending "A Panel Discussion with Industry Professionals" hosted by Casting agent Erica Arvold.  This workshop will be held on April 16th at their office in Charlottesville.

Please click HERE for more information on this workshop. 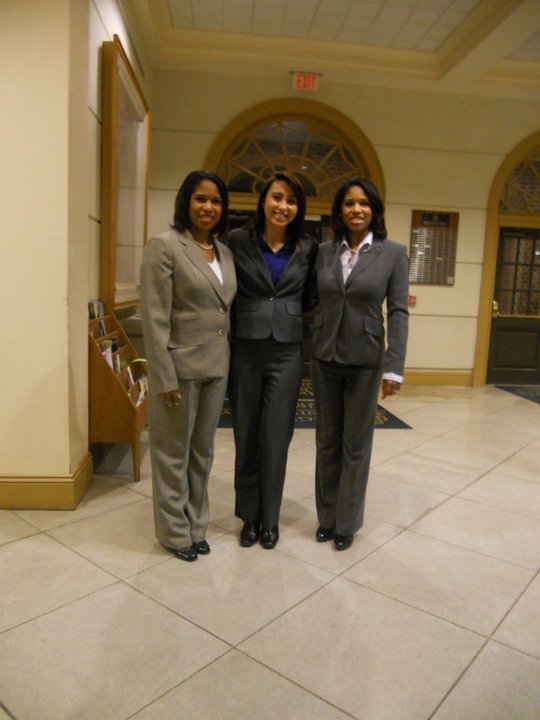 Daisy recently shot a Bullock and Cooper commercial at Regent University’s law building. She was cast as an upstanding citizen of the community who was being charged with a DUI, which led to these attorneys representing her. Tanya Bullock and Wanda Cooper are twin sisters who own a general practice firm located in Virginia Beach.